Two more sports facilities in ​​Ampelokipoi area in Athens, were “transformed” through The GiANT Heart initiative, in August 2022 into two new, modern basketball courts, welcoming Athenians, of all ages, who love sports.

The two renovated, open courts, were functionally and aesthetically upgraded, ensuring at the same time easy and safe access to sports for the residents of the area.

“The goal we have set, by the end of this term, is to complete the reconstruction of most of the open sports facilities of Athens. Our allies in our effort to offer more high-quality, public spaces to the Athenians are companies like Novibet, whom we sincerely thank for their contribution”, quoted the Mayor of Athens, Kostas Bakoyannis, in a statement, during the inauguration of the two stadiums, and he added: “By upgrading courts in each of the 129 neighborhoods of the city, we want to achieve one more goal: To nourish the young generation with a desire to love sports and to be inspired by its values ​​and ideals.”

How the courts were “transformed”

The renovation included painting the floor, striping, changing the backboards, new baskets, painting the perimeter walls, as well as upgrading the lighting with new floodlights for the safe use of the court at night.

After the latest interventions, one of the two courts can now also be used for volleyball, as the appropriate infrastructure has been constructed as well. 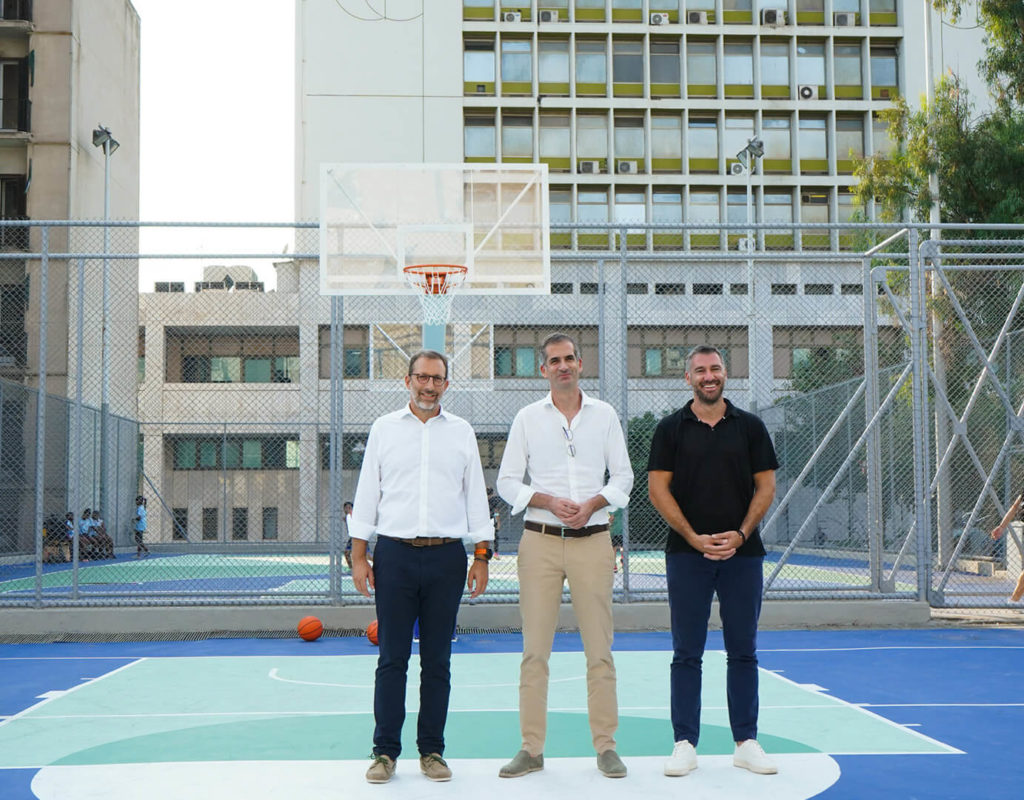 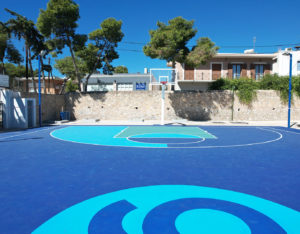 October 2022 - Renovation of an outdoor basketball court in Kalymnos 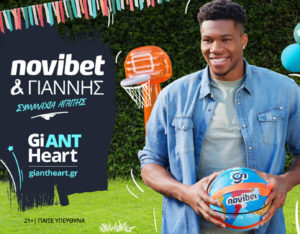 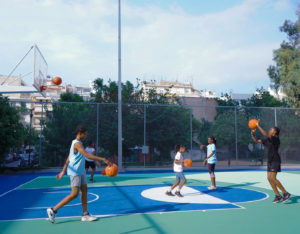 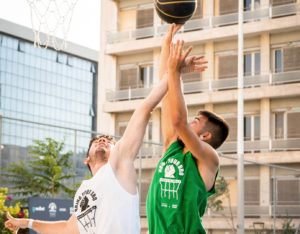 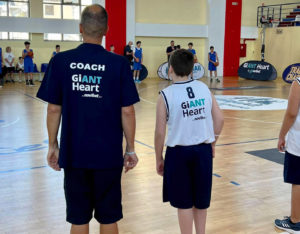 April - June 2022 | First Supporters of ‘UniquAll’; an initiative for children within the spectrum of autism